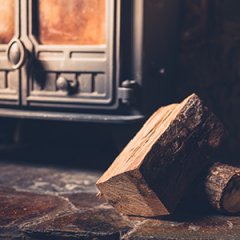 In January 2019, the government launched their Clean Air Strategy for the United Kingdom. While the strategy has been broadly welcomed by the industry, it has also been a thorn in our sides due to scare mongering headlines in the national and local press such as, "Are wood-burning stoves going to get the chop?", "Is my wood burning stove really killing me?" and "Air pollution plans to tackle wood burners".

Understandably, this has led consumers to question whether they should invest hundreds or thousands of pounds in a luxury for their homes, in case they are banned in the future.

Specflue is pleased to share with you a letter received by one of our suppliers, Garry Puttock of Putlock Chimney Systems Ltd, from Dr Therese Coffey MP, the Parliamentary Under Secretary of State for the Environment. The final paragraph says:

"I hope this letter reassures your constituent that we are not considering banning domestic burning. The Government recognises that households have installed wood-burning stoves and the Government is not seeking to prevent their use or installation, however, we are keen to encourage consumers to switch to cleaner burning."

To see the letter in full please click here

Specflue, with the permission of Garry Puttock, invites you to share this letter with your customers, and hopes that it reassures them that installing a modern wood burning stove, burning the correct fuel, on a correctly designed and operating flue and regular servicing can be part of the solution to air pollution from Particulate Matter (PM).